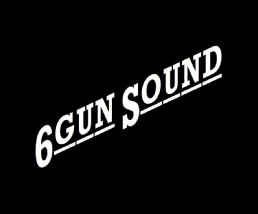 Mike picked up the guitar at age 11 and by age 13 was playing out in local bands in his native Staten Island, NY.   His early influences included Led Zeppelin, UFO, Van Halen, Def Leppard Thin Lizzy and of course Bad Company.  He later developed an appreciation for the blues which led to a new appreciation for artists such as Eric Clapton, Gary Moore, and Paul Kossoff.

Mike's mastery of tone, sustain, and feel, along with a minimalist approach to lead guitar work, allows him to freely move from the styles of Paul Kossoff, Mick Ralphs, Howard Leese, Dave Colwell, and Jimmy Page. When added to his very full rhythm guitar style, where lead guitar work is often secondary, his ability to blend in solid with the rhythm section gives 6 GUN SOUND the bigger band sound as found in the songs of Free, Bad Company, and The Firm. 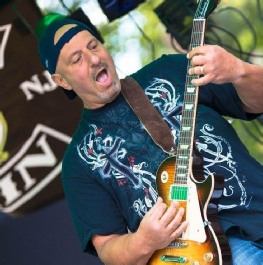